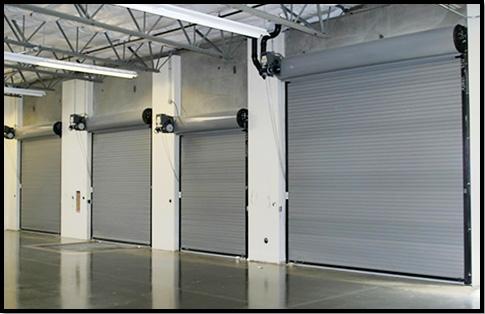 Many people decide to install doors with industrial automation in Vadodara both in the garage of your home and in your company. And there are many automatic doors that you can install in your garage.

So, if you are interested in the installation of doors with industrial automation in Vadodara, you may be interested in this article. Below we will explain the different types of automatic doors that exist.

– Folding doors: this system is usually the most used; it works through two leaves that are pivoted through a vertical axis.

– Sliding doors: it is the best option when you have a wide space and when its use is intensive due to its great stability, thanks to its automated closing system. Of course, if you install it, you must take into account that it does not collide or prevent its opening that is, that there is the right space for it to work perfectly.

– The swinging doors: the most frequent model of this type is that which is composed of a leaf. This leaf, when it rises, stays on top. If it has two leaves, they remain folded in the same area. In a different way than the previous type, this kind of doors does not need a large space.

– Rolling doors: its mechanism causes the door to be collected in its upper part, where its panels are rolled up and its door is fastened through a horizontal crossbar. Thanks to these doors, your space will be optimized.

– Sectional doors: they are composed of panels that meet with each other and adapt to any dimension of space.

In order to be sure of the door you are going to install, you must have the services of a good garage door installation company.

A review of the history of door automations

The industrial automation in India has come to make life easier, always from the side of comfort and comfort. And the truth is that until the modern automatic garage doors, operated with a simple click, technology has had to evolve a lot.

The industrial automations in India today are the heritage of a long tradition that began more than you imagine: it was during the first century of our era when Heron of Alexandria, famous Greek-Egyptian engineer, had the wit to devise the first known automatic gate: a structure activated by the effect of water vapor on a set of pulleys.

These first automatisms were very basic and were far from resembling the current ones, mainly because electrical systems had not yet been discovered, and this is the reason that explains the great leap that we will give next.

It is not until the nineteenth century that the progress of technology allows us to observe automatic doors that today we could recognize as such, and in the early years of the twentieth century, an American corporation launches the manufacture of automatic garage doors.

From that moment begin to appear news that is worth mentioning: automatic sliding doors, folding, tilting or sectionable, among others.

Later, beginning in the 1990s, we began to find steel frames and doors lined with aluminum, and the production of automatic doors is standardized.

Today, we have automatic doors of the highest quality at our disposal, and at Vishwas Automation we are specialists in the assembly and repair of industrial automation. If you need to change your cold rooms or install automatic doors to close your garage, by our side you will find a serious and quality work, in record time and at very competitive prices.